The final four teams of the Unified Grand Prix are set, join us March 1 – 3rd to see who will become the winner of the first Tier 1 event of the season and their portion of the $20,000 prize pool. The tournament started on February 22nd with 12 teams, now our final 4 teams remain: SolaFide, Zoos Gaming, TSM Academy, and No Org. Join us on Twitch as the Unified Esports Association wraps up the first tier 1 event, https://www.twitch.tv/academy

“The only difference between the professional and the amateur League of Legends scene is the gap in pay,” stated amateur player and Evil Geniuses Prodigies top laner Jett “Srtty” Joyce. This rang true last week as CLG Academy was knocked out of the UGP by an amateur team known as No Org. 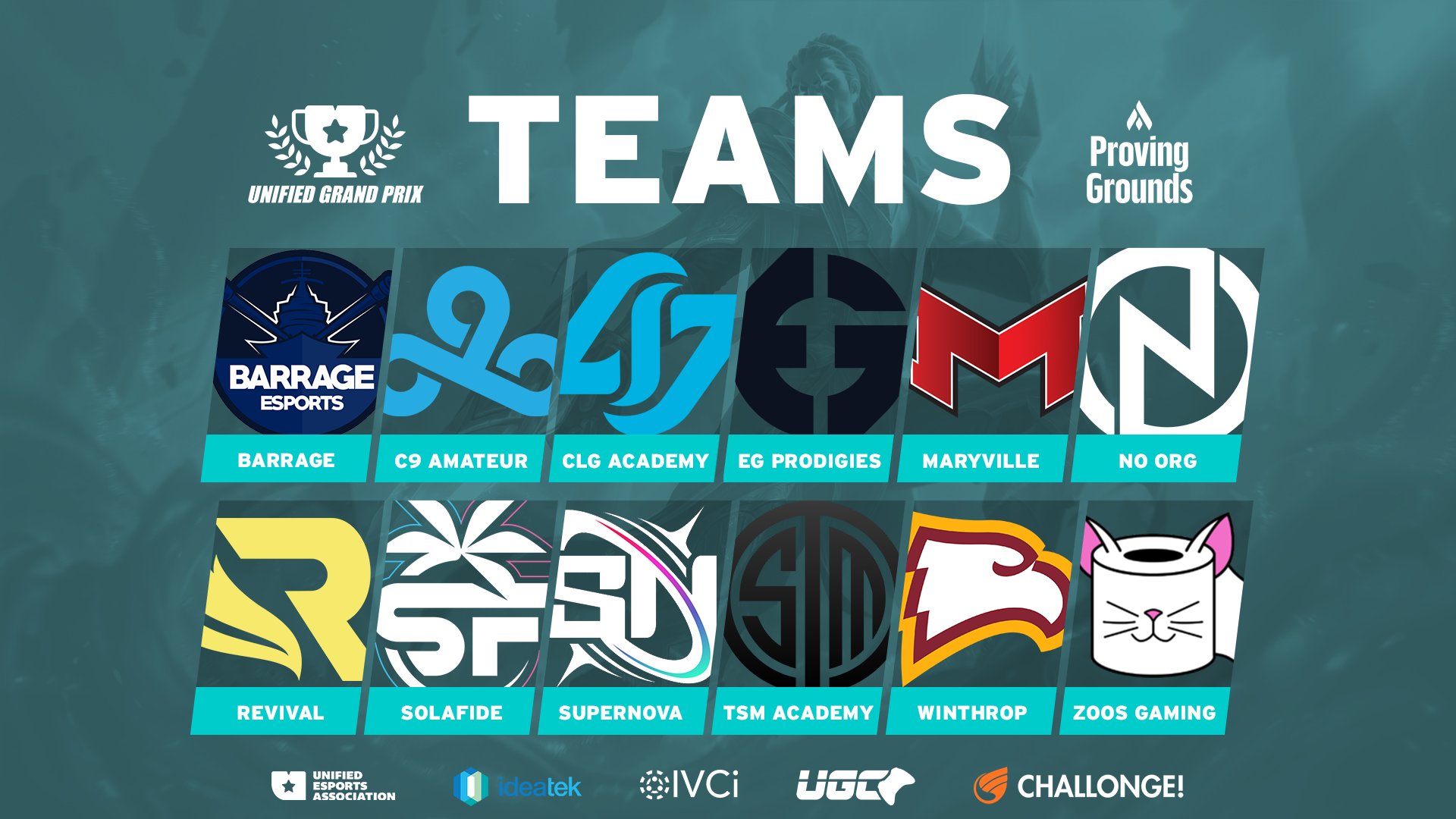 The Unified Esports Association partnered with the League Championship Series to host this Spring's first Tier 1 event, the "Unified Grand Prix." (UGP) The UGP started on February 22nd--the 7-day long event goes through March 3rd and features a prize pool of $20,000. The top 10 teams from the Tier 2 Tournaments in the 2021 LCS Proving Grounds Circuit qualify for the event, as well as the 7th and 8th seeded teams from the Spring 2021 Academy season. The teams include: Barrage, C9 Amateur, CLG Academy, EG Prodigies, Maryville University, No Org, Revival, SolaFide, Supernova, TSM Academy, Winthrop University, and Zoos Gaming. The top 4 teams out of the 12 teams competing from the Unified Grand Prix will move on to compete in the 2021 LCS Proving Grounds this April.

The purpose of this event is to provide a platform for players to compete at the highest level, before taking the next step as a professional League of Legends player. UEA empowers esport organizations and players through our platform to help them take that next step into the professional scene. Come join us during this event and watch some of the top North American Amateur and Academy players compete for a spot in the 2021 LCS Proving Grounds powered by Verizon at twitch.tv/academy and at twitch.tv/upsurgeesports