What’s up, everyone? I want to tell you guys about a friend I had the pleasure of making not too long ago. He’s a storied player within the Upsurge community and one of Upsurge’s biggest success stories in terms of a player going from amateur to pro, so I took the time to talk to him a bit and piece together his story. Now I get to share some of it with you. It’s a long one, but a good one. I promise. So, without further ado...

Poome, to be more specific.

This guy right here, to be even more specific. 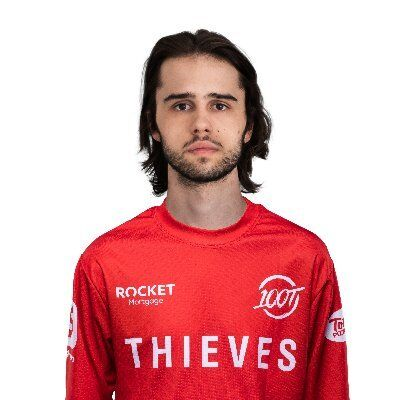 In the beginning, Poome was just like the rest of us. Just your average solo queue drifter, grinding games and always chasing the next win. Unlike most of us (well, you guys), he was a dedicated support main. In his eyes, “support in solo queue is OP and useless at the same time.” This didn’t stop him though. He was also a tad bit better than the average player though and often looked for ways to compete outside of solo queue, which he actively disliked.

The first team he remembers joining was about Diamond 1 in average rank. At the time, he was mainly looking for a “for fun” team that he could join tournaments with. However, he treated the game as more of an extracurricular thing. It was something to pass the time still. He was still a student in high school in Montreal and had aspirations of studying finance or engineering at a university there. This all changed once he hit Master rank. According to him, the thought went something like “Holy shit, I think I’m actually good at this game.” From there, his desire to compete would be born and he’d ultimately look for something greater.

In the UPL Fall 2018 season, Poome would go on to make his debut as a part of Skizm eSports. Skizm had been looking for a new support and Poome fit the bill, so he was recruited midway through their season. His debut season wasn’t very successful by his standards, as Skizm would end their tournament with a 1-4 series win/loss ratio (3-8 in total games) and fail to make the playoffs. During my time talking to Poome about Skizm, he remarked that he enjoyed his time there and that it gave him good experience, but that while Skizm were “a banger team”, they were ultimately “very very bad”. As a team, of course- not individual players.

Poome's amateur League campaign would see him jumping to numerous teams. He’d most notably spend most of 2019 playing for various teams under the SuperNova (SN) banner. He’d compete in UPL Summer 2019 as part of SN Sentinels They’d go on to finish with a 4-2 regular season series record and a 9-7 regular season games record before being knocked out of the tournament in the playoff quarterfinals. He’d compete with them again in UPL Fall 2019, again making playoffs but making an early exit in the quarterfinals. Nevertheless, he was already building an impressive resumé for himself.

Poome wouldn’t stop there. In December 2019 he was also recruited to play in the third annual Tyler1 Championship Series (TCS) as part of the team Fragas’ Baby Yodas (FBY). This would see him competing with and against some of the best streamers and amateur names in League of Legends at the time, such as Luke “Metaphor” Canning, Jean-Sébastien “Tuesday” Thery, Timothy “Trick2g” Foley, and Mohammad “Yassuo” Abdalrhman. The opportunity wouldn’t be wasted either. FBY would blast through the tournament, losing their first and only game in the grand final series, but still picking up the series win to take it all. Poome would also go on to win the Most Valuable Player award.

The most valuable player at the entire tournament.

Poome was on a roll.

By the end of the year, he’d find himself as part of Harrisburg University’s starting roster after being offered a full scholarship on a sponsored visa to play League of Legends for them in December. His parents supported the move to Pennsylvania (and the United States in general) and described this as the “best of both worlds”. He was able to not only play League to the degree that he wanted competitively, but it was also helping him further his educational goals- something that his parents were very invested in.

He would stay all of about two weeks.

Why? Because, if you’ve been reading, you’d know by now that when it comes to Poome, greater things are always in store.

Poome would face the choice of a lifetime after being contacted by 100 Thieves. They wanted him to make the jump from Pennsylvania to California and to compete on their amateur team. He remembered his father being super supportive but skeptical at the time, asking for all of the details regarding the arrangement. His mother was largely supportive and just wanted to see him do well. He made the choice to forego school for a year to see how things would work out as he took the opportunity. In his words, he was “yoloing” it. If it didn’t work, he’d always have finance and engineering to look back on.

The first half of 2020 would see Poome entering UPL Spring under the 100 Thieves flag. They hit the ground running, ending the regular season at the top of the Ocean Division after winning all 12 games. His run ended in the third round of playoffs this season, but that wouldn’t stop him (or 100X) as they’d return in the summer to not only dominate their division, but take the entire tournament. He wouldn’t be there during the grand finals though, as it had already been in the cards that he would make yet another transition. This time, he’d be going from amateur to academy.

Poome made his debut not only to the academy team, but to the starting 100T roster during the second half of 2020. He told me that at the time of his temporary promotion to the starting roster he had only been on the Academy team for two weeks. He was nervous about performing and “thought he would int a lot more”. He was most excited about the thought of playing against other notable botlanes such as the botlane of Cloud9, which consists of Jesper “Zven” Svenningsen and Philippe “Vulcan” Laflamme.

He made his official LCS debut during LCS Summer 2020 and played 12 regular season games before making it to the playoffs, where 100 Thieves would be knocked out by Evil Geniuses in the first round. That would be his last LCS appearance.

Nowadays you can catch Poome among the top of the Academy standings as part of 100 Thieves Academy, currently competing in the 2021 Academy season, which’ll take place over the spring and summer of this year. You’ll see him next at the LCS Proving Grounds 2021 Spring, where they’ll enter the tournament as the third seed from NA Academy. The action will start there on March 29th, 2021. While it would be easy to count Poome out and assume that the Academy level (or even LCS) is where he’ll likely stay, but given the things he’s attained in the past three years, it’s quite safe to assume that this may only be just the beginning for him and that there’s much more to come.

Me personally? I’m looking forward to watching his journey. I’m sure it’ll be a good one.