After back-to-back weekends competing for a spot in the College League of Legends (CLOL) Championship Finals, Unified Esports Association is proud to announce the top 8 North American teams. Beginning on May 1st and 2nd as the Round of 32 and continuing on May 8th and 9th for the Round of 16 matches, Unified and event hosts Riot Scholastic Association of America (RSAA) partnered to produce and broadcast each individual match. As many as three separate esports channels aired simultaneously for the opening CLOL weekend, with thousands of viewers tuning in to root for their favorite collegiate teams virtually.

It was an action-packed weekend full of crowd pleasing moments and surprising upsets. Between matches, on air talent interviewed players and coaches to provide further acknowledgements and insights into the developing North American collegiate scene. A full collection of highlights, match results and video interviews are available on the Unified Twitter account (@UnifiedEA).

The 8 teams that will be advancing to the final matches are: Winthrop University, SUNY Buffalo, Harrisburg University, Illinois State University, University of Toronto, Bethany Lutheran College, Maryville University of Saint Louis, and Columbia College. Impressively, 3 of the 8 finalist universities were teams chosen specifically by Riot’s selection committee to join the 28 auto-qualified schools.

Competition continues with the Round of 8 on Thursday May 27th. For the full bracket and future matches, visit Riot Scholastic Association of America’s website: https://rsaa.riotgames.com/ 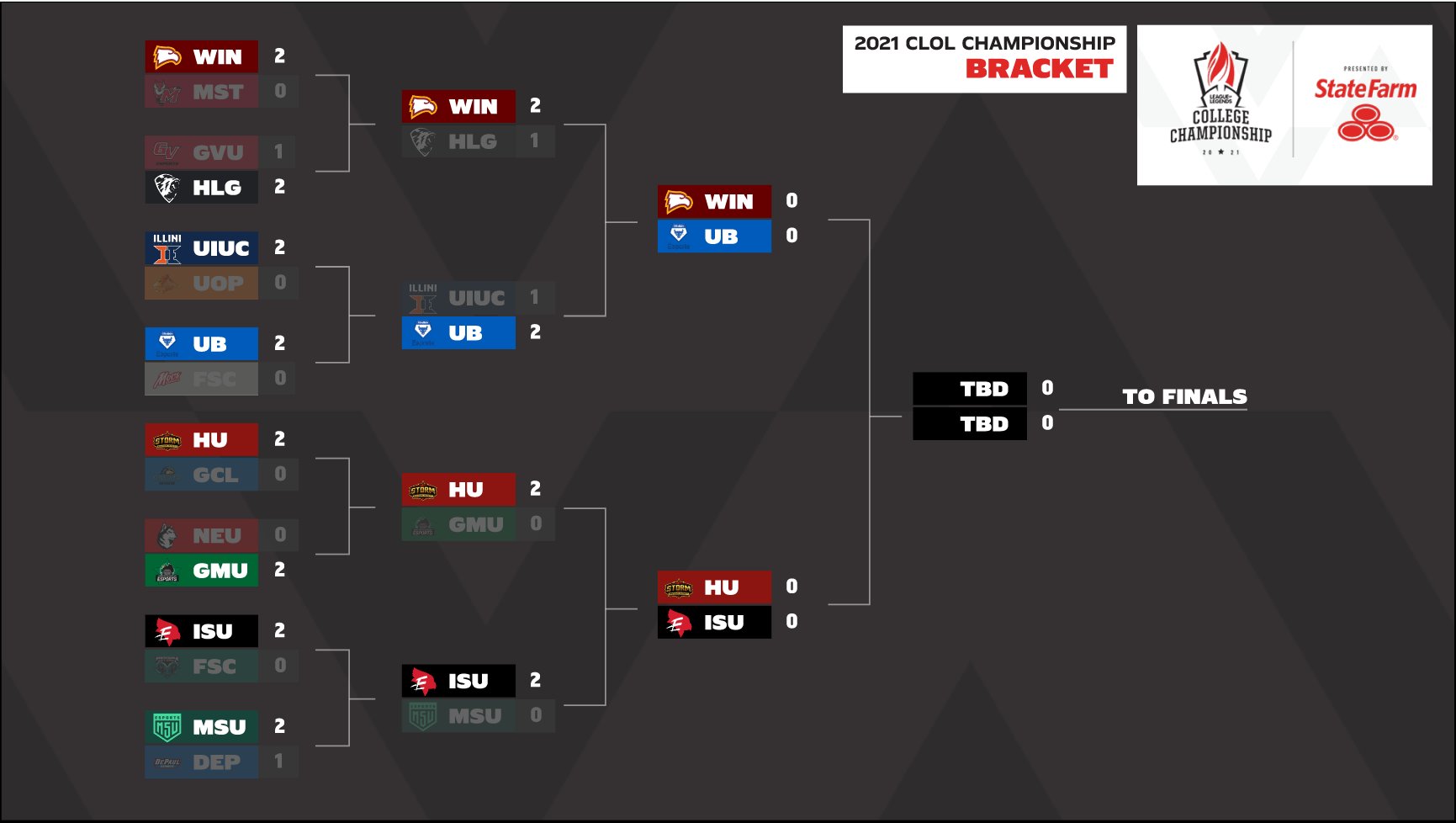 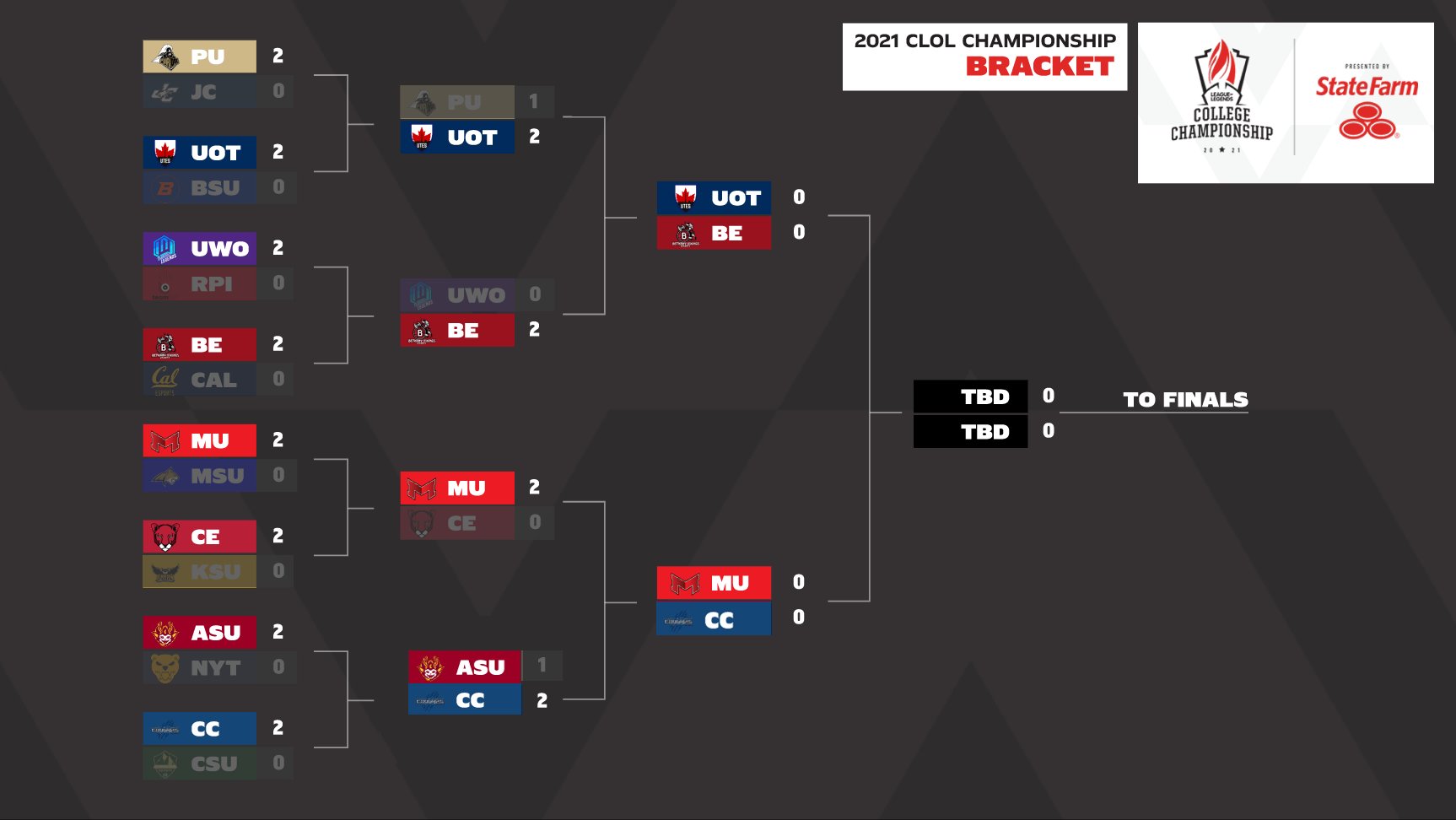