Read the article on Presswire here!

Kansas-based esports company, Unified, is partnering with Apache Casino Hotel to host the All In Esports Expo on August 28th and 29th in Lawton, Oklahoma. This will be the Apache Casino’s first physical esports event, with  a second event in April of 2022 that is already being planned. 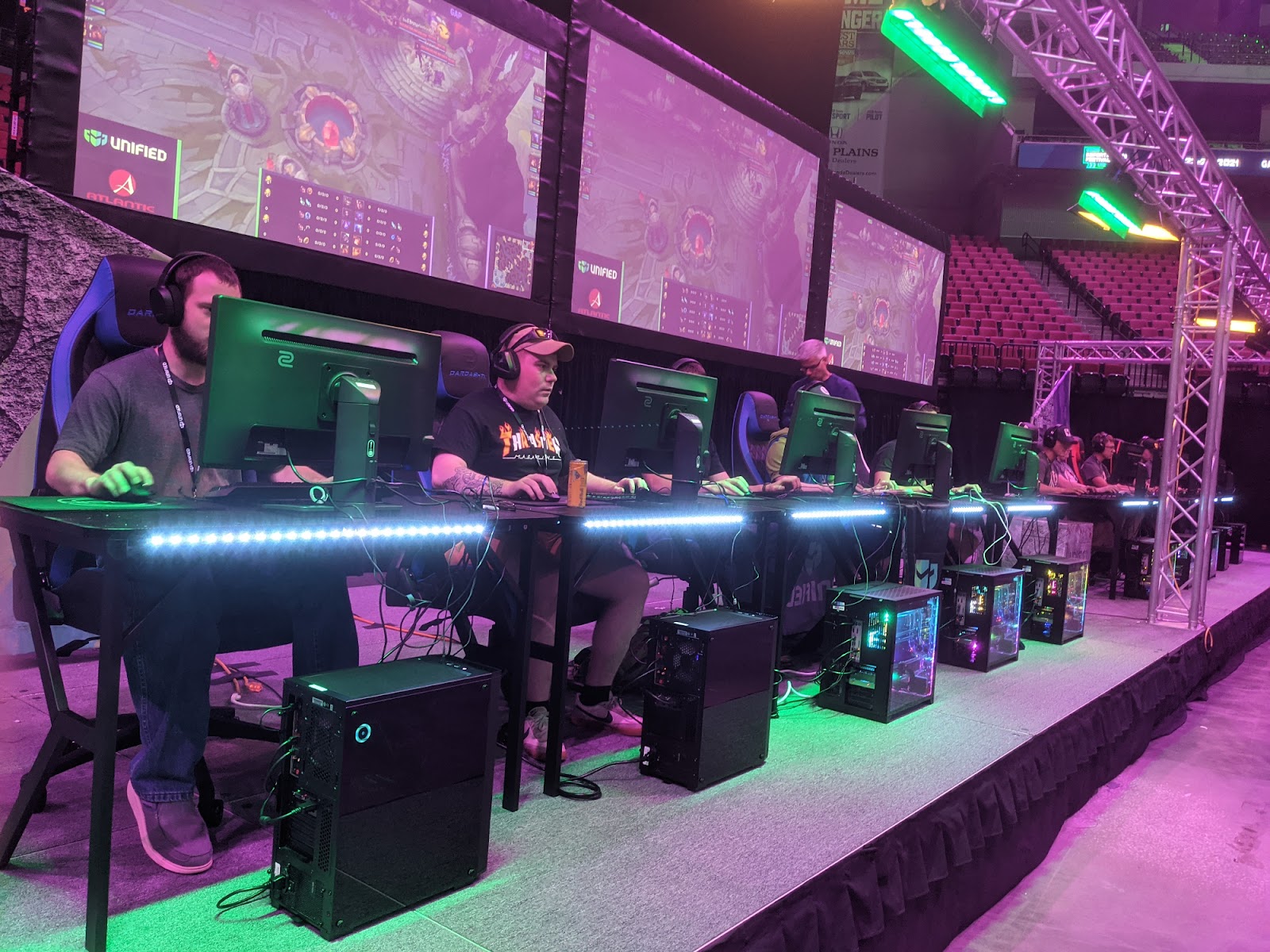 Above: Attendees on the PC stage at Unified's Esports Festival Lincoln hosted 8/23/21 as part of the Cornhusker State Games.

The All In Esports Expo boasts a competition prize pool of over $16,000 USD in total, with main stage tournaments such as team-based Counter-Strike: Global Offensive (CS:GO) with a $10,000 prize pool, and Super Smash Bros. Ultimate with a $2,500 prize pool. Side events will be running alongside the main competitions, with titles such as Street Fighter and the recently released Guilty Gear -Strive-.

The All In Esports Expo will take place in the Event Center and is open to attendees of all ages. The event will feature a series of competitions and gaming challenges geared towards those both experienced and those new to videogames, with cash as well as a variety of anime and gaming merchandise available through the prize wall system. Other attractions include panels and demonstrations, open showcase and invitational matches with professional players, special guests in the industry, cosplayers, and vendors.

“Unified has contracted local grassroots tournament organizers like Gameover Entertainment and Click Gaming to build an amazing esports extravaganza in Lawton, Oklahoma,” said Johnny Weaver, President of Click Gaming. “48 hours of multiple titles, streams, and full production. Not to mention $15,000 is on the line! Come be part of our family this weekend and let’s show Oklahoma some esports love!” 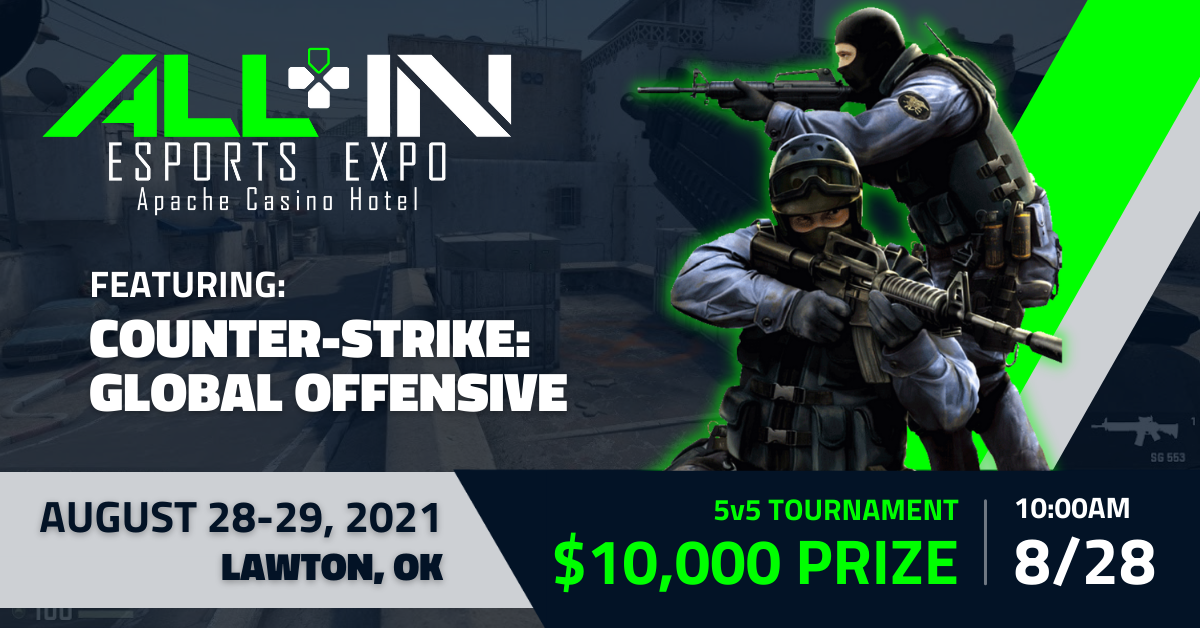 Above: Several tournaments are open to the public, including the $10,000 CS:GO event or $500 Fighting Game Bonus Events.

Players are encouraged to register in advance to secure their position in the bracket, and general admission to the All In Esports Expo is required to compete in the tournaments or enter the main event space. Attendees are advised to refer to the most recent mask and social distancing policies by following the All In Esports Expo website, allinesports.net