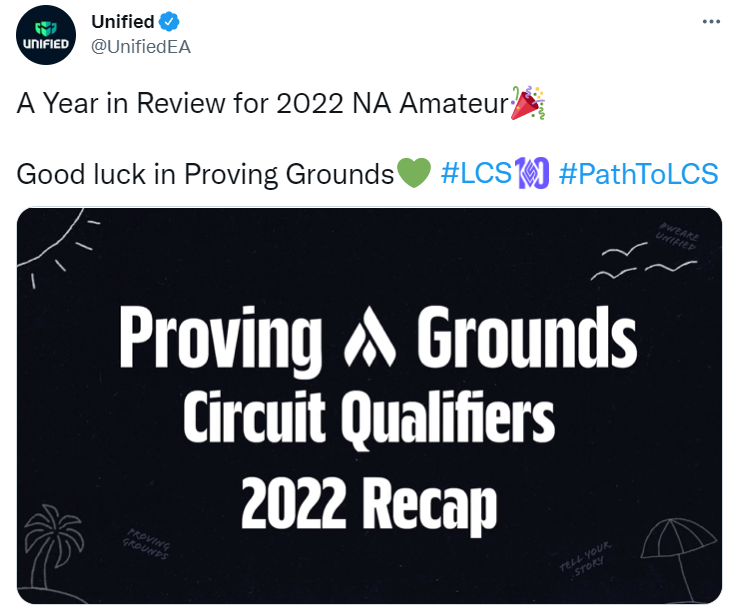 August 2nd, 2022 - The second Proving Grounds Circuit Qualifier event of the summer wrapped up on August 2nd, after kicking off a new round of competitions on July 11th. New and returning teams from past qualifying events took to the virtual stage, battling through both an initial “Open Qualifier” event to determine placement in the group stage.

For this event, Unified worked closely with the community and Riot Games to form a Selection Committee, whose purpose was to provide insight into the large number of teams who applied for a chance to compete. Thirty-two teams were chosen based on their feedback and a combination of internal ranking factors provided by the tournament organizers: 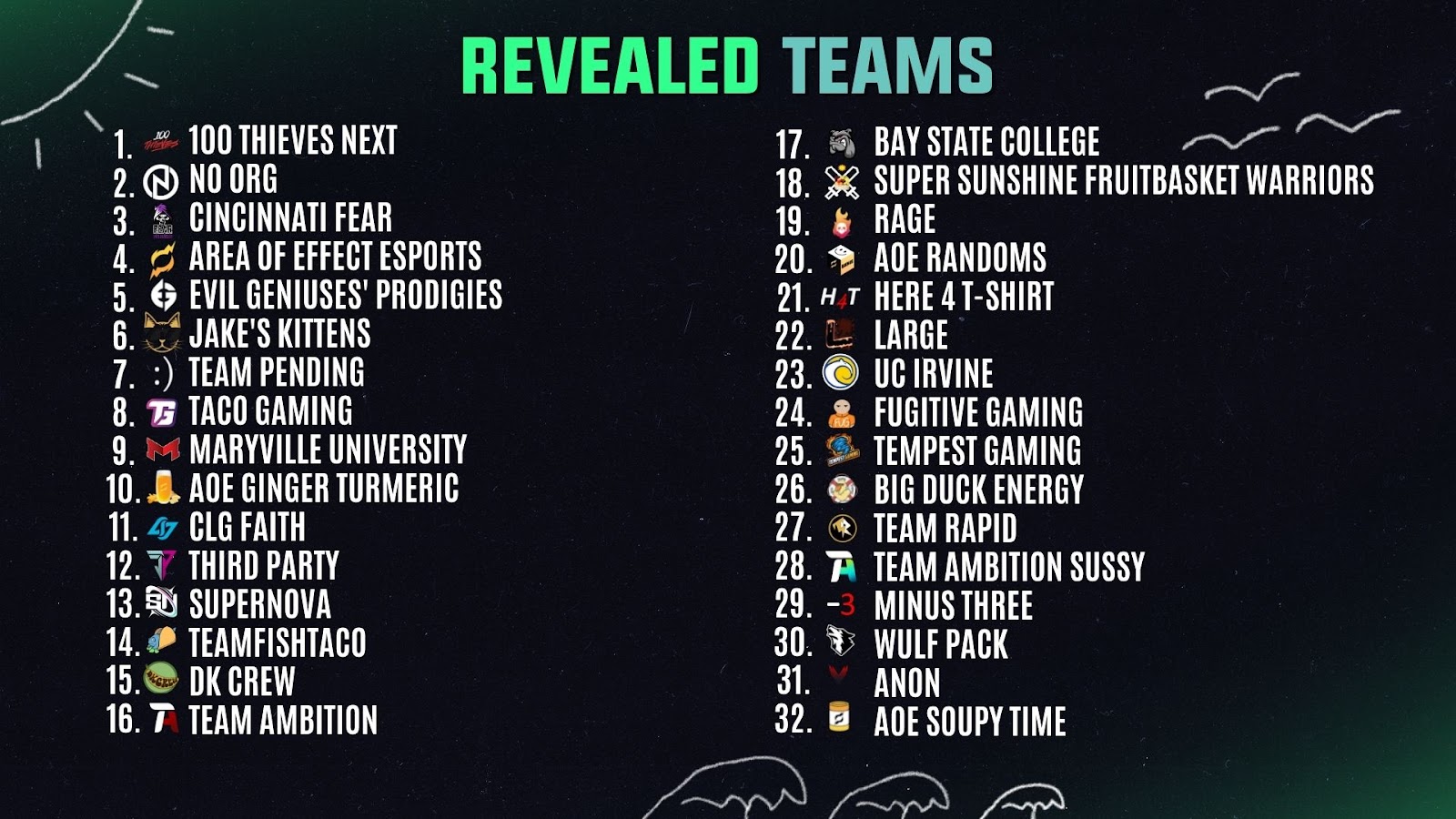 After an intense round of open qualifier matches, the sixteen teams that advanced were sorted into group stages for the main Circuit Qualifier event. Matches were streamed on Twitch, across the Academy and PathToLCS channels, with Unified staff and contractors managing the broadcast production and talent.

The top sixteen teams, by group, were as follows:

Besides a cash prize pool of $12,500, teams competed for Proving Grounds Circuit Points, which would grant them entry into the main Proving Grounds event later this year. In official partnership with Riot Games, this path-to-pro pipeline has given both players and talent a spotlight, highlighting the deep potential in the North American League of Legends region.

When the event reached its closing stages, only two teams were left standing. On one side were the mighty 100 Thieves Next, the developmental team of LCS franchisee 100 Thieves. On the other side were Taco Gaming, a roster built by manager Matthew “Taco” Starner with five mainstays of the amateur scene. 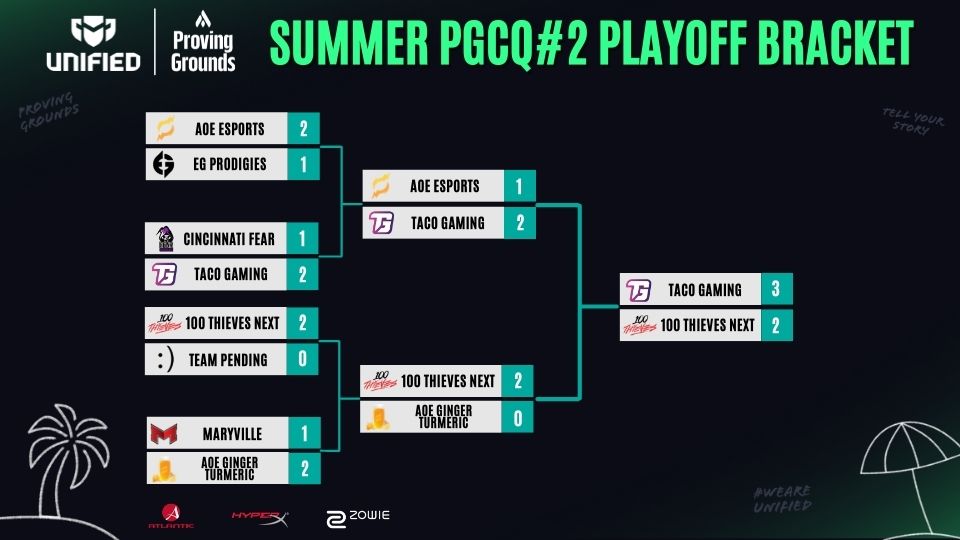 100X entered the heavy favorite, and for good reason. They were 35-2 in match score and 52-7 in game score over the four PGCQ events, winning two of the previous three events. Featuring a roster headlined by top laner Rayan “Sniper” Shoura, the most hyped prospect in the development scene in recent memory, they were the prototype of an odds on favorite.

Taco Gaming, by comparison, entered the underdog. TG made playoffs in each of the previous three PGCQ events, albeit with different rosters than the one they would bring to battle against 100X. Standout jungler Siddhant “SiddyWiddy” Nath and mid-turned-support David “Rovex” Sin-Keo emerged as two of the bigger success stories in 2022. But in both of their previous playoff matches, 31 of 32 votes by analyst predictions were against Taco Gaming.

The match kicked off at a blistering pace, with TG taking the first game in dominant fashion of a 1/2/18 performance by Rovex on Soraka, allowing his team to blow past the champs in under 26 minutes. Game 2 started much differently, with 100X catching out an invade by SiddyWiddy and setting the pace for the rest of the game, driven by a combined 23 kills by the 100X laners.

The third game was a bloodbath from the off, with the 45 kill contest headlined by SiddyWiddy’s Karthus and TG top laner Lawrence Yap’s Akshan working much better on second try. Game 4 was 100X implementing their stranglehold style to its finest, spearheaded by jungler Gabriel “Fanatiik” Saucier on his signature Lee Sin. This would send the series to a pivotal fifth game, led in by Silver Scrapes and The Throw Down, giving the match a main event feel.

There was one key factor though. It was Tuesday, and Taco owned the second day as well as the fifth game. TG mid laner Chase “Shochi” Capello led the way in his best performance of the night, leading both teams in kills, creep score, and kill participation, earning Taco Gaming their first PGCQ title and the second seed among AM teams in Proving Grounds Summer. But they also proved that brand or money aren’t the end all be alls on the road to Proving Grounds, and that even the underdogs can make waves when it counts. 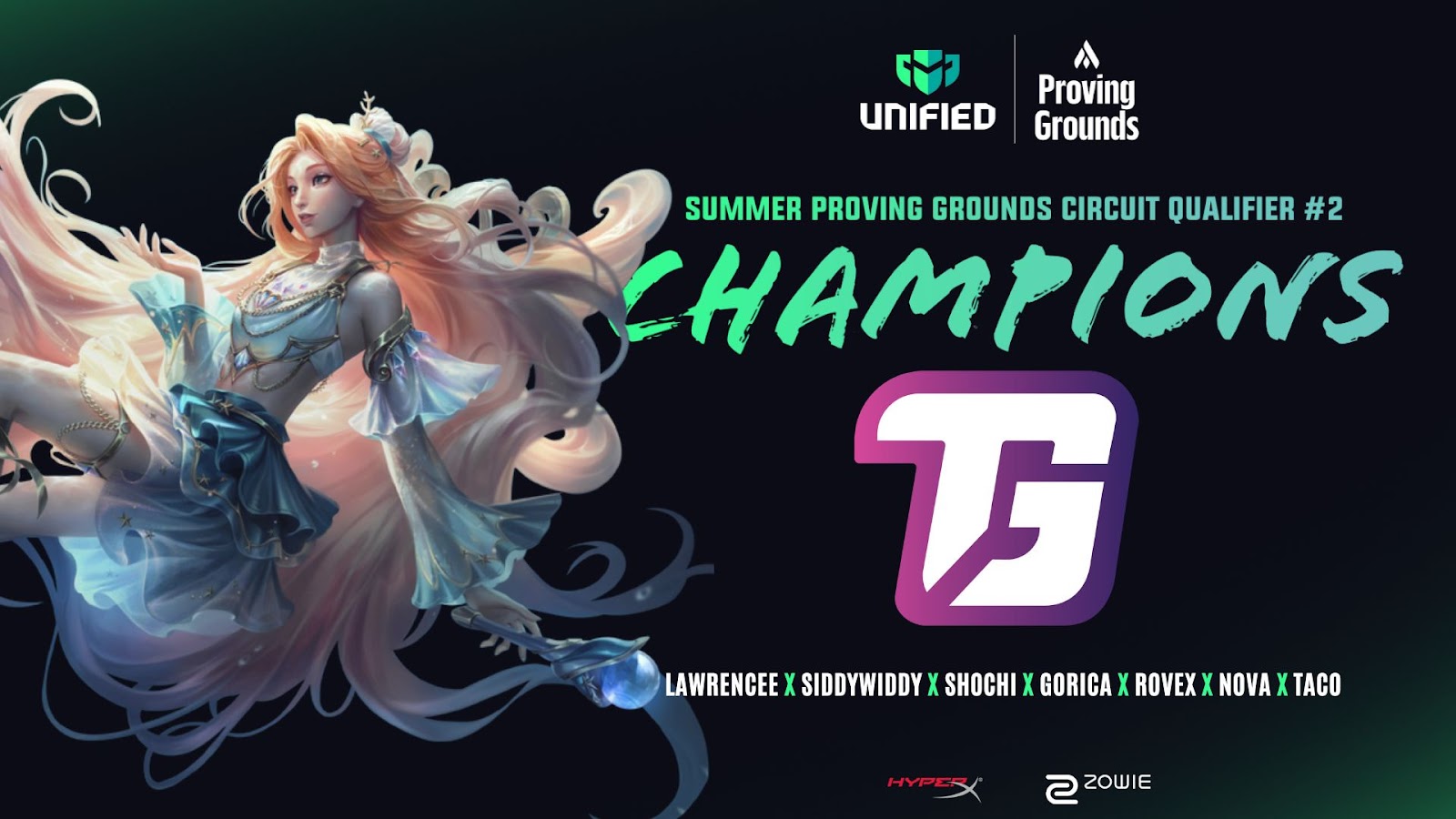